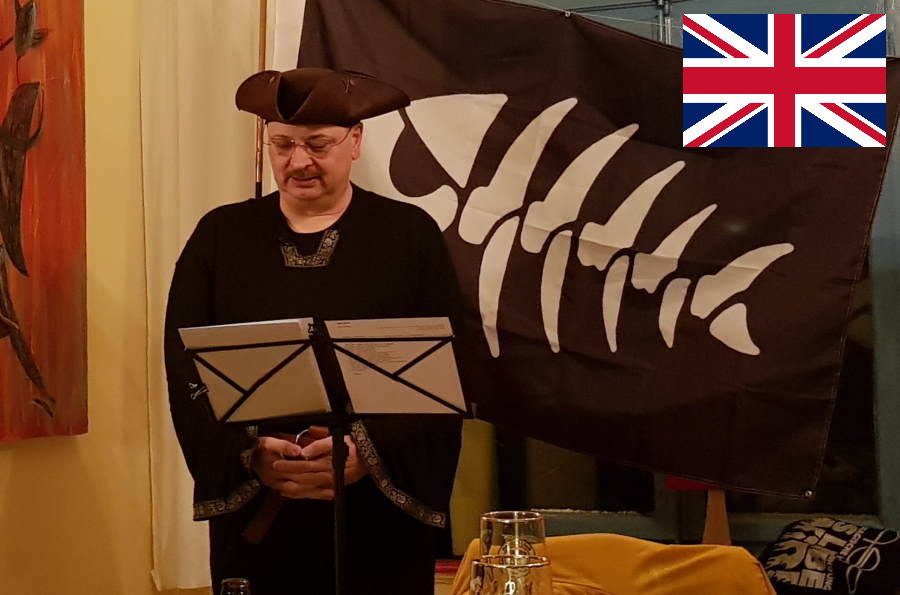 Subject: What is „holy“ in Pastafarianism?

Arrgh, Pastafari!
A few months ago, some people from Berndorf met at a popular pasta-dealer in convivial company to escape the emptiness of the doctrine of atheism. In heated discussions, religions and world views were presented, defended or discarded. In the end, our sister Farfalle Natalie introduced us to the religion of the Flying Spaghetti Monster, which she came to know and love on a journey to faraway lands. Touched by Its Noodly Appendages, almost all the pasta lovers of our circle immediately turned into followers of Quob.

Thus, the foundation of our noodly community in and around Berndorf was completed. Since then, we have led an active and spiritually balanced pirate lifestyle. We have set up a recurring meeting in different pasta temples, where we hold our Noodly masses with carbohydrates, beer and fruitful discussions.

One of these meetings led us to the following questions, which we want to forward to you: What is sacred in our faith? Does the concept of holiness even exist in Pastafarianism?
With Kind regards,

We too have searched the Gospel of our Prophet Bobby Henderson for clues on this very important subject. Unfortunately, we didn’t find any enlightenment regarding that question. Let us first take a look at Wikipedia:

Sacred describes something that is dedicated or set apart for the service or worship of a deity; considered worthy of spiritual respect or devotion; or inspires awe or reverence among believers. The property is often ascribed to objects (a „sacred artifact“ that is venerated and blessed), or places („sacred ground“).
French sociologist Émile Durkheim considered the dichotomy between the sacred and the profane to be the central characteristic of religion: „religion is a unified system of beliefs and practices relative to sacred things, that is to say, things set apart and forbidden.“ In Durkheim’s theory, the sacred represents the interests of the group, especially unity, which are embodied in sacred group symbols, or totems. The profane, on the other hand, involve mundane individual concerns.

In the Gospel of Bobby, the terms holy or sacred are mentioned only in the chapter „The Holy Noodle“, which is about our creation science. All other mentions of them just refer to other religions.
Anyway, the Eight I’d Really Rather You Didn’ts give us further references:

No.I – I’d really rather you didn’t act like a sanctimonious, holier-than-thou ass when describing my Noodly Goodness. If some people don’t believe in me, that’s okay. Really, I’m not that vain. Besides, this isn’t about them so don’t change the subject.
No.II – I’d really rather you didn’t use my existence as a means to oppress, subjugate, punish, eviscerate, and/or, you know, be mean to others. I don’t require sacrifices and purity is for drinking water, not people.

The meaning of our Holiest rules can be interpreted as follows:
„Holy – unholy? Pure – impure?“, these are completely irrelevant concepts in the context of our faith!
Let us conduct a small thought experiment: We assume that the pasta water, which was used to prepare pasta for the masses, would be „holy“. (By definition, something can only be holy or unholy. „A little holy“ isn’t possible, just as nobody can be „a little pregnant“!). A cup of „holy“ pasta water would thus transfer its „holiness“ – whatever that might be – to the Pastafarian, who is eating the noodles. So we would end up with some „holy“ pasta water, a „holy“ Pirate, and a „holy“ pasta water vessel, because it also was touched by the „holy pasta water“.
If we poured the rest of the pasta water into the sink, it would become „sacred“, too. Overthemore, the whole sewage system, through which the „sacred“ pasta water flows, would also turn into a holy system. By extension, the sewage treatment plant, the receiving river, the receiving sea and the clouds rising from the sea would also become „holy“. From these „holy“ clouds „holy“ rain would be raining down on our world. According to homeopathic teaching, the holiness of this rain would even be increased to almost infinity by dilution and potentiation!
The result: After a short time, the entire earth would be holy! That is a really bizarre idea, because then the distinction „holy – unholy“ completely loses its meaning.
Furthermore, the term „holy“ is used in almost all religions to elevate oneself and one’s views, buildings and customs and to make them unassailable. Whoever dares to attack „holy“ items is considered a heretic and may be persecuted by the faithful. See Mohammed cartoons or the Christian „heretics“ of the Middle Ages such as Giordano Bruno.
All these considerations lead us to the fact that the meaning of the ‚I’d Really Rather You Didn’ts‘  No.I and No.II. is clearly contradicted. Therefore, „holiness“ has no place in the Pastafarian faith!
So our dear Monster has no need for sacred things, rituals or people in our faith!
We Pastafarians then have no need for such a thing as „holiness“ because we carry the right faith in our hearts!
RAmen
Your Bruder Stellinus

By the way: Other religions really face the problem of using religious, i.e. magical, acts to remove the „holiness“ of objects. With „magic acts“, an ability of a god is imitated – like to transform a piece of bread into the „Body of Christ“. The inverse effect is to be used in cases like these: Imagine the altar bread falling onto the floor, not going in the mouth; the priest accidentally pours some communion wine on the altar cloth or holy oils suddenly smell somehow rancid. Should all these holy items be simply disposed in the rubbish or the sewers?

After all, this is the „Body of Christ“ or the „Blood of Christ!“

That is why the Catholic Church has created a kind of „holy sink“ in the form of the sacrarium. It is an opening in the floor of the church or sacristy that leads directly into the ground. The earth beneath the church building is considered „holy“ by the consecration of the church; thus it is considered a suitable place to dispose of materials in a dignified manner. Before disposal, the „Body of Christ“ is very, very slowly dissolved in water by a magician (priests or deacons, but never a simple believer) or the „precious blood“ must be diluted with a lot of DHMO to become bread and water again.