THX to the FSM, the Austrian authorities are increasingly open to the Church of the Flying Spaghetti Monster Austria (Kirche des Fliegenden Spaghettimonsters Österreich -KdFSMÖ).

For the first time, a passport photo with a colander was approved on an official European Union passport! 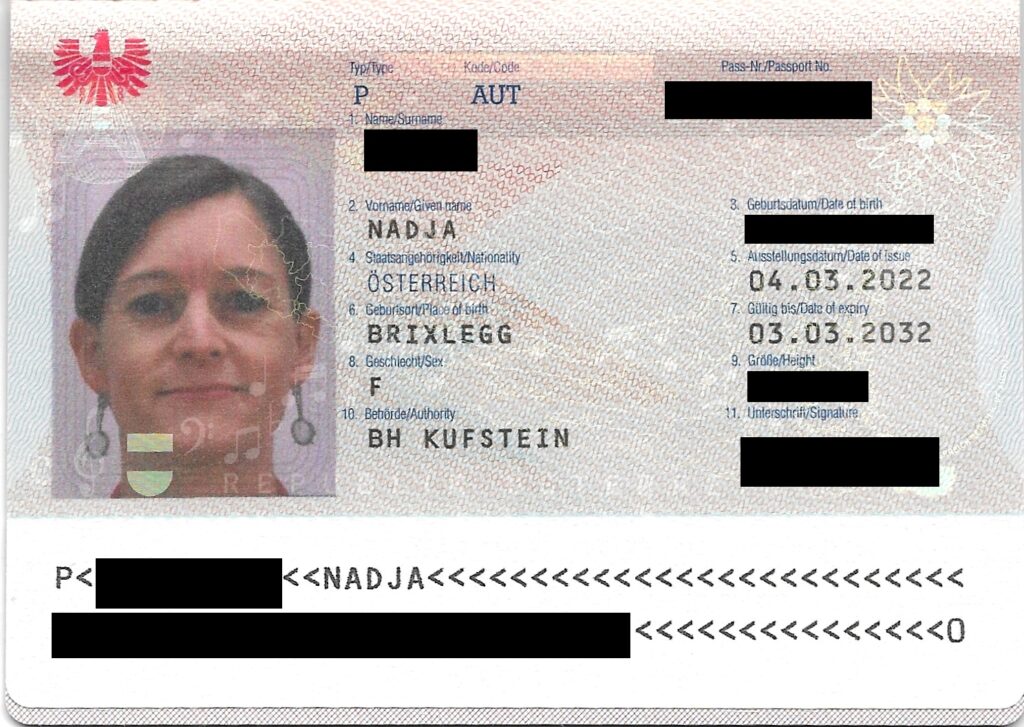 There are 3 pasta mini-colanders were used in the passport photo creation.

One invisible silver-coloured colander is on the head of the follower of the Church of the Flying Spaghetti Monster Austria. Since it is a religious mini-colander and for this reason it is quite small, you can’t really see it well in the picture. The two colander-earrings, on the other hand, stand out very well in the passport photo and symbolise the intimate connection to the Flying Spaghettimonster.

It is very gratifying that religious colander symbols may now also be depicted on official passport photos. This is a milestone and an important step in the right direction for more tolerance and openness towards Pastafarianism.