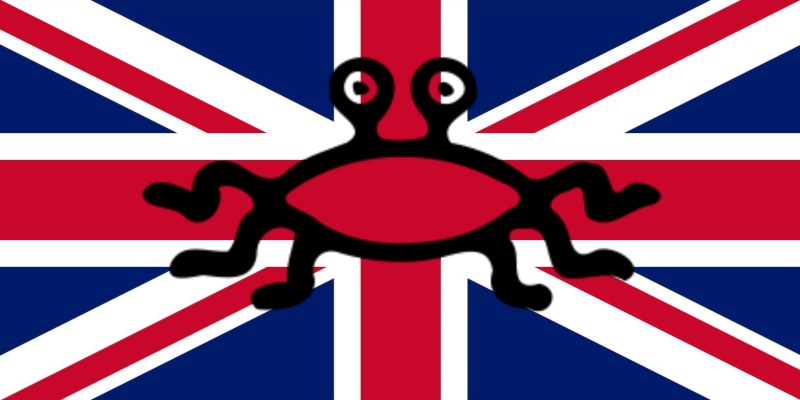 In 2018, some motivated members of the Church of the Flying Spaghetti Monster Austria decided to start a blog, a modern church newspaper, so to say. Spiritual considerations led us to the name „RAmen, I ask unto you“ (RAmen, ich frage euch). Along with that, a concept was born: Guest authors are wanted to tell their stories about their beliefs in pasta, beer and rum or in something else.

Only nine months later, „RAmen, I ask unto you“ became the official voice of our beloved mother church. But there is still more good news to be announced:

We arrrrr happy to tell you that we’ve started an English section on our blog (https://pastafari.at/RAmenIAskUntoYou). From time to time my humble self will translate selected articles from our original German version into English. Our Noodly UK correspondent Sister Claire will assist me with this task.

If any of you nice piratey friends run an English page with a blog, it would be awesome to have our articles linked on your site. We have made it our holy duty to unite all the beer, rum and pasta lovers in the world.

So far, so excellent, but that’s still not all, folks!

Some weeks ago, we were happy to announce that we have acquired Bruder Stellinus, a pastafarian preacherman from the Ruhrpott in Germany, as a permanent columnist for our church newspaper. He has been active as an online-pastor since many years and he has gained damn much scientific knowledge about our Noodly religion.

He told us about his service as a pastafarian online pastor, who has been active on the Holy WWW for many decades. He has already been able to help numerous seekers who were looking for the true faith. 23 new church congregations on the coasts of all seven seas have been founded by him and are under his supervision. There is no end in sight.

He has compiled and revised his most important counseling sessions and put them in an optimal order, almost as if it were an ingenious cooking recipe; more than that, a whole cookbook for all seasons and all tastes. This smorgasbord was given the name „Epistles of Stellinus“ and will be published in our international blogroll as well. His advice and divinations have a sublime spiritual value and he explains our faith in the Holy Brethren of Piracy and in Our Noodly Monster by means of many parables and metaphors.

So, we ask you, matey, to spread the word of our wise brothers and sisters, who have been touched by Its Noodly Appendages and who expierenced the miracles of the Flying Spaghetti Monster’s almightiness.

And don’t forget, pirates! RAmen, we ask unto you, arrr you willing to become our guest author? You are wanted to tell us your stories about your beliefs in pasta, beer and rum or in something else!

What or who is Quob?

In our mother tongue, German, we have to take care for inclusive, gender neutral phrasing, just as Our Noodly Monster demands. English speaking pirates have, for the same reason, come up with the term Quob. What is Quob now?