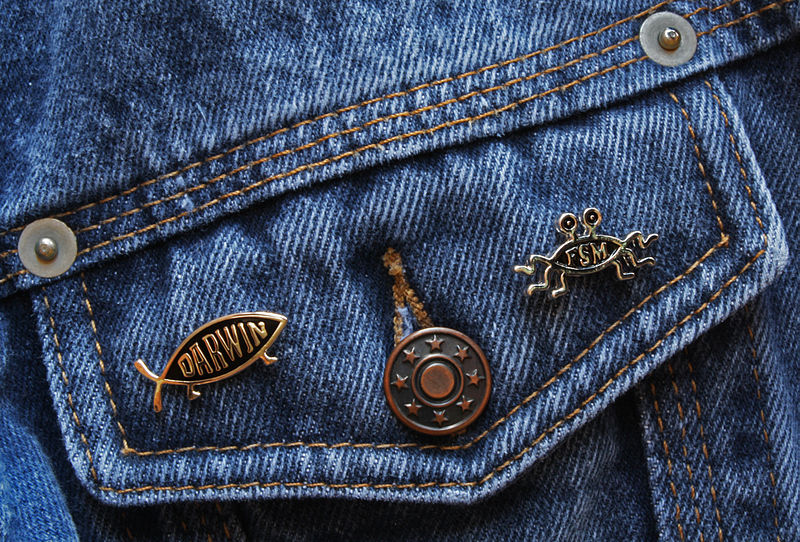 There were many satirical religions before us. The Catholic apologist, psychiatrist, author and joker Manfred Lütz, for example, wrote in his book BLUFF! Die Fälschung der Welt (BLUFF! The Counterfeiting of the World)

The people of the Bible at that time lived in an environment in which people were afraid of the heavenly bodies they thought were gods, afraid of the forces of nature in which they saw the power of untamed demons at work, afraid of actually everything that surrounded them. The story that the biblical people read in their holy book, on the other hand, was a story of liberation. The God in whom they believed and who cared for them was one God, and this God had created the whole world. They no longer needed to be afraid of anything, for everything was a creature, and the stars, in which the superstitious neighbouring peoples fearfully believed, God, Yahweh, had „hung them in the sky like sparkles“, as the Hebrew text says. Hardly any text could make a liberation clearer and more humorous.

Lütz showed how the Old Testament,  the basis of the Abrahamic religions, is satirising what in his opinion is the superstitious religion of the Babylonians.

I will prepare for you a series on so-called „satirical religions“. One probably can’t make a liberation more beautiful, humorous and clear ;)